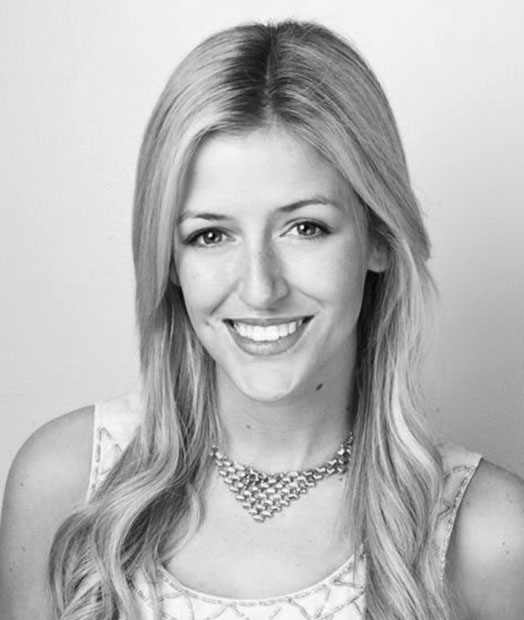 Stephanie Rutherford is an award-winning choreographer and teacher based out of Canada. A theatre major from the University of Winnipeg and extensively trained in all forms of dance, Stephanie has an established career, focused in directing and choreographing commercial and contemporary dance.

Stephanie is known to create an environment for dancers that demands them to be expressively open and artistically pushed. In turn, she has received recognition in professional, convention and competitive environments for her thought-provoking work. She is the artistic director and founder of the professional dance company, “Rutherford Movement Exchange”, as well as the host of the annual elite dance workshop, “The Dance Intensive”.

Stephanie was selected as a finalist for the “Capezio Ace Awards for Choreographic Excellence” in New York this past summer, where she presented her work to an esteemed panel of choreographers and directors. She has traveled to Vietnam as a selected international guest choreographer for HTV’s So You Think You Can Dance Vietnam – Season 3. On the show, she also presented an original RME choreographic work that was performed by “All Stars” from season 1 and 2. Stephanie directed and choreographed the show, “Ascension- The act of rising to a higher level ” (Rutherford Movement Exchange’s company show 2013) as well as her company show, “UNREFINED” in 2009.

Stephanie has also worked with networks such as MTV Canada and Slice TV. You can check out features about Stephanie’s career on danceplug.com (Los Angeles), Sandbox Magazine (Spring 2012 Issue), bringtheBoss.com (a wizard week feature) and The Dish Segment (Los Angeles).

Locally, Stephanie has been a selected choreographer in Toronto Choreographer’s Ball, Fever After Dark, Toronto Pride TD and Women In Dance.  Stephanie teaches for various dance conventions across Canada and practices her art through freelance choreography. She continues to share and explore her passion with dancers of all ages and is always looking for inspirational ways to evolve her craft. Keep an eye out for Stephanie’s many future projects!