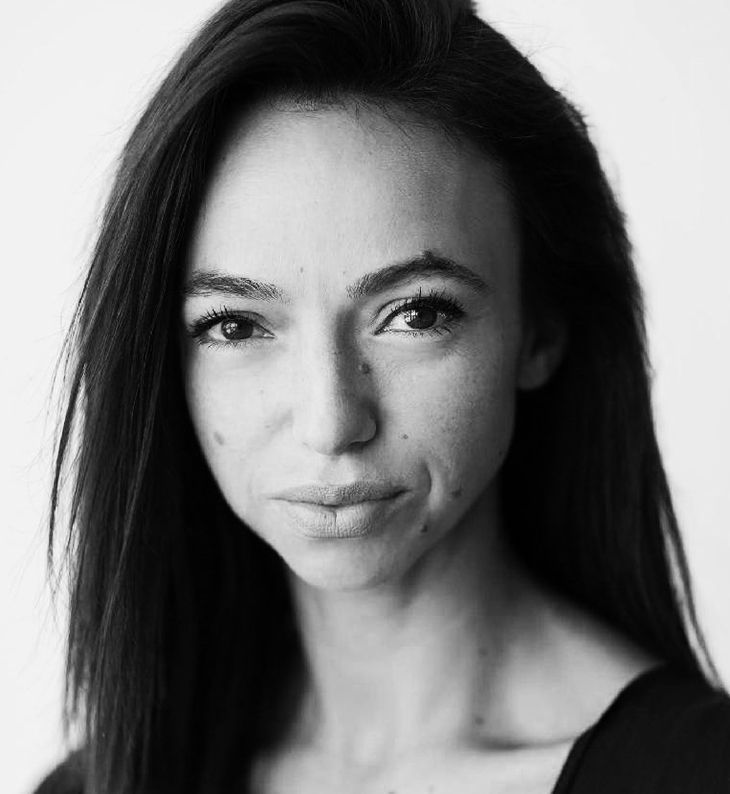 Andreea Olteanu was born in Bucharest, Romania and trained at The Ballet School of Romania (formerly George Enescu), Canada’s National Ballet School and the Quinte Ballet School. She joined The National Ballet of Canada as a member of the Corps de Ballet in 1999. While continuing her dance career in 2007 Ms. Olteanu was invited teach a ballet class and later was asked to join the faculty at Randolph College for the Performing Art and the Canadian Dance Company.

In 2019 Ms. Olteanu retired as a dancer and joined the Artistic team at the National Ballet of Canada as Associate Artistic Scheduling.

Ms. Olteanu’s repertoire includes the role of Hungarian Princess in Swan Lake, Sheep and  Baba in The Nutcracker, Kate in the Second Detail, Russian Girl in Serenade, Spring and Summer Variations in the Four Seasons, Rooster Girl in Rooster and Lead Stomper in the Upper Room. She has also danced in The Sleeping Beauty, Cinderella, Giselle, Onegin, Romeo and Juliet, Alice’s Adventures in Wonderland, The Taming of the Shrew, Jewels, Etudes, Les Sylphides, Manon, The Firebird, An Italian Straw Hat, The Seagull, Carmen, Nijinsky, Streetcar Named Desire, Anna Karenina, Cacti, Madame Butterfly, The Four Temperaments, Theme and Variations, Symphony in C, Glass Pieces, West Side Story Suite and Emergence. Recently, Ms. Olteanu danced in the Canadian premiere of Nijinsky by John Neumeier.

Ms. Olteanu danced with the company in Marie Chouinard’s 24 Preludes by Chopin at the Cultural Olympiad at for Winter Olympics in Vancouver in 2010 and in 2015 she performed Dance me till the end of love on the music of Leonard Cohen, choreographed by Guillaume Cote at the Festival des Arts de Saint-Sauveur. Her film work includes the CBC Television production of Canada: A People’s History, Episode 8 on Bravo! TV’s The Firebird and Hallmark’s a Christmas Story.